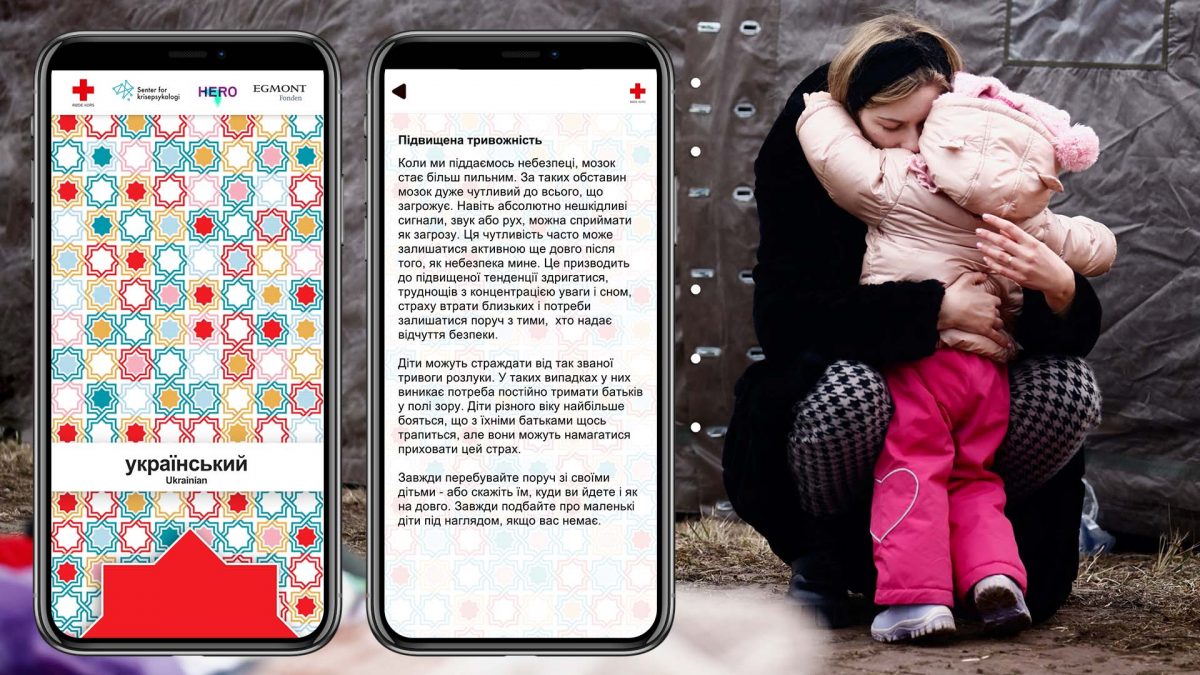 Children fleeing war are often traumatized. Many have had experiences that no child should have. They may have heard bombings, seen wounded and dead, perhaps they have also left close family members to an uncertain fate.

Putin’s consistent attacks on civilian targets such as homes, hospitals, kindergartens, schools, churches – places where people typically seek refuge for the war – have made the security situation extremely difficult for families with children. So far, the war has sent more than half of all Ukrainian children on the run.

Before the war in Ukraine, the Red Cross & Oxmond Technology developed an app that could help refugee parents deal with the many new and unfamiliar situations with their children.

With the war in Ukraine, this information has now become relevant again. To help the Ukrainian children, we have now released the app in Ukrainian.

It is free to use for anyone who needs it.

The app can be downloaded from the App Store / Google Play by clicking on these links:

Animations Basics! How to Rotate Objects